Every year around September, many students come to our office to get help on their college application essays. They want their essays to highlight their passions, accomplishments, and motivations. But how do you jam all that content into 650 words or less and make the writing clean and engaging? We’ve compiled a list of common student questions and the best way to handle each situation:

First things first – when do I have to have it done by?

It depends on the school and program you’re applying to, but you should aim to have a final draft done by November. That’s when most schools have their early-decision program deadlines, and you’ll certainly want to have the essay out of the way by the holiday season. You should start writing in the summer, before your senior year begins.

What essay topic will guarantee that I get in?

There is no secret solution to the college essay, but to do it right, you’ll first need to understand the dual purposes of the admissions essay: to showcase your writing ability (a crucial skill for college students, though one that is also reflected in your English grades) and to illustrate your personality.

The college essay is an opportunity to tell your story and show admission officers what distinguishes you from a large group of similarly qualified applicants. Any topic that showcases your creativity and character will be great.

Well that wasn’t helpful. Seriously, what should I write about?

Start by looking at the five prompts that the Common Application uses, listed below, and see if one of them stands out to you:

If you’re still drawing a blank, you’re not alone; because the essay carries so much weight in your application and the prompts are so broad, it can be hard to settle on something that you know will really work. If you feel like you’re too wrapped up in the importance of the essay to pick a starting point, you’ll need to get some ideas from someone who knows you well, but isn’t as pressured to perform.

We recommend asking one of your parents or a close friend to read through the prompts and suggest ideas for you to work off of. If one of their suggestions is a surprise to you, use that as an opportunity for exploration. Their answer may reveal a side of yourself you hadn’t considered and inspire you to move in a new direction.

I haven’t faced and conquered the sort of adversity that I’ve heard colleges like to see in applicants. Am I supposed to talk about that one time my goldfish got sick and turn it into an epic story of personal transformation?

No. Remember that many applicants face traumatic and life altering events during their youth, so portraying a less-than-devastating event as a tragedy could be seen as shallow or even mocking towards those who have surpassed major hurdles to get to college. But you can (and should) talk about roadblocks that you’ve overcome. Just don’t exaggerate.

Colleges are more interested in how you respond to challenges than in what those challenges were. If, for example, a broken wrist stopped you from making the high school baseball team, you could elaborate on how you responded. Did you have to pick up a new sport, forced to learn the basics like a little kid despite your age? Or did it turn you towards academics, pushing you to channel your energy into school? You don’t need to have grown up in a rough neighborhood to show colleges how you’ve overcome unexpected obstacles. Look towards the things that have pushed you and the times when you’ve had to change your game plan and adapt.

I’ve got this hilarious idea for a college essay — it’s going to be a satire of the admissions process, and I’m going to write the whole thing in 140-character tweets. That’s an awesome idea, right? #helloHarvard

It’s risky. Humor is hard to pull off in an admissions essay, but it’s a great way to distinguish yourself … if you can make it work. The problem is that humor is so subjective; what one admissions officer finds hilarious in your essay may fall flat with another officer. If you use humor, make it secondary to your essay’s message; your writing should focus on your character, creativity, and resilience. If you can weave in a few laughs in the process, so much the better. But it’s not in any way required.

As for commenting on college admissions, definitely don’t do that. Trust that the admissions officers reading your application have a deep and nuanced understanding of college admissions, especially how stressful and impersonal it can be for high school seniors. They don’t need your commentary to expose its truth.

Writing an essay in tweet format has the same potential benefits and drawbacks as using humor in your essay; it would be an excellent way to make your application stand out, but could backfire catastrophically if an admissions reader finds it inappropriate. Creative/dramatic pieces are best used as supplemental essays, not the main essay of the Common App (treat the main essay like a job interview, not an open mic night). Because supplemental essays are school-specific, you can carefully parse which schools will receive your creative gamble. For example, if you wanted to distinguish yourself at a reach school, you could try to catch the reader’s attention with something creative. If you’ve got nothing to lose, go for it!

Polishing a Rough Draft into a Diamond

Alright, I’ve drafted my essay — no tweets, and no goldfish. But, I’ll be honest — it’s lame. How can I improve?

By far the most common problem that we see in admissions essays occurs when applicants spend too much time telling their message when they should be showing it instead. Here’s a typical example of a telling-heavy paragraph:

“When I helped build a new school in Guatemala during a service trip, I learned that meaningful work doesn’t always look glamorous and requires lots of determination. I decided that I want to dedicate my life to helping others on that trip.”

Although this writing is clear about the lessons learned, it doesn’t show the author’s voice, and it doesn’t prove its claims. Good writing, on the other hand, reveals that the author has changed and learned by painting vivid and engaging examples. An improved version might look like this:

“After the final shingle was tacked into place, we gathered on the peak of the roof to survey our work. Already, students were gathering underneath the new school’s awning, excited by the prospect of a new building and the gritty appearance of these strange construction workers, soaked in sweat and spattered in roofing tar. My knees were rubbed raw and my arms were weak, but I was incredibly proud of this humble structure below me and imagined myself building school rooms like it around the world.”

Notice how the imagery allows the reader to insert himself/herself into the experience. Instead of simply describing the event, the author recreates the scene, showing all the hard work that went into the project and their desire to keep building. If you want to improve your writing, go through your essay and highlight all the areas where you simply tell the reader what you mean. Then, go back and see if you can show the same concept with an image or thoughtful example.

Ultimately, writing a great college essay will be a process that may take several weeks. Because it’s hard to maintain motivation through such a long time span, it helps to have a both a game plan and a guiding hand throughout. Our college essay tutors help numerous students every year, allowing each senior to craft a strong essay and give college applications a significant boost. Contact us today to learn how easy it is to set up personalized sessions with an experienced, knowledgeable essay instructor. 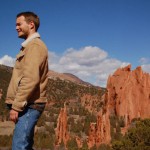